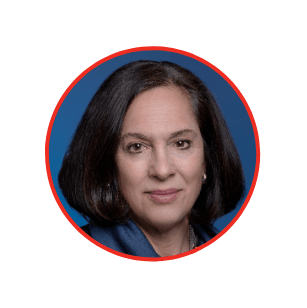 Now a partner at Shipman & Goodwin, LLP, Joette Katz was for eight years Commissioner of the Connecticut State Department of Children and Families, where she was responsible for children in the Department’s custody and under its guardianship, as well as overseeing the Department’s services for children and families throughout the state in need of assistance. Earlier, for some 18 years she was an Associate Justice on the Connecticut Supreme Court. In addition, she served as an Administrative Judge for the State Appellate System and as a Judge for the Connecticut Superior Court. She was Chief of Legal Services for the State Division of Public Defender Services, has been a presenter at national convenings on child welfare, and has received distinctions including the Outstanding Leadership Award from Lawyers for Children America. She has also taught at all three law schools in Connecticut and is an honors graduate of Brandeis University and the UConn School of Law.