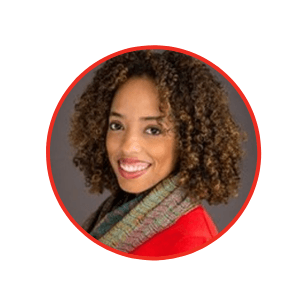 Dena N. Simmons, Ed.D., is the founder of LiberatED, an antiracist approach to social and emotional learning (SEL) and healing. She is the former Assistant Director of the Yale Center for Emotional Intelligence, where she supported schools in using the power of emotions to create a more compassionate and just society. Earlier, she served as an educator, teacher educator, diversity facilitator, and curriculum developer. Her research interests include teacher preparedness to address bullying in K-12 school settings, culturally responsive pedagogy, and the intersection of equity and SEL interventions--in an effort to advance justice and safe spaces for all. She has written and spoken widely about social justice pedagogy, diversity, education reform, emotional intelligence, and bullying in K-12 settings--including at the White House, Obama Foundation Summit, United Nations, two TEDx talks, and a TED talk on Broadway. Profiled in MAKERS: Women Who Make America, and in a Beacon Press Book, Do It Anyway: The New Generation of Activists, she is a recipient of multiple fellowships. She is author of the forthcoming book, White Rules for Black People (St. Martin's Press, 2022), and earned her doctorate from Teachers College, Columbia University.