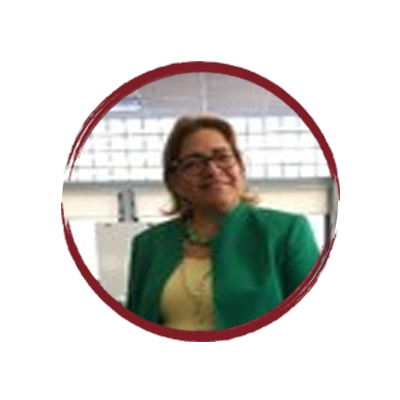 Abie Lane Benítez is Director of Schools for the School District of Lancaster, PA, which is linguistically and culturally diverse, with many refugee students; she supervises principals in half the schools. Previously she held leadership roles in the New Haven Public Schools, including as a Director of Instruction for a portfolio of schools, as well as supporting all schools with a high prevalence of English language learners (ELL), and then oversaw bilingual/ELL instruction district-wide. She served over a decade as Principal of Columbus Family Academy, a dual language school. Before that, she was a curriculum/staff developer, Title I consultant, guidance counselor, and Adult Education teacher. Originally from Puerto Rico, where she earned her bachelor’s, she holds a master’s from the University of Pittsburgh and a doctorate in curriculum and instruction from UConn. In 2002, the AERA awarded Dr. Benítez the Best Bilingual Education Dissertation Award, and she was named an Illustrious Woman of Puerto Rico by its government. She has received the Elm/Ivy Award from Yale and the City of New Haven and the Heritage Award from the Board of Alders' Black and Hispanic Caucus, and is founding past president of the Connecticut Association of Latino Administrators and Superintendents (CALAS).